Is 2 Weeks Notice Standard? (And What Happens if You Don’t Give Notice) 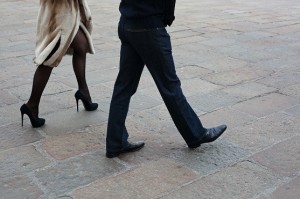 A two week notice is considered standard by most employers in the US and many other countries. However, you’re not legally required to give a two week notice (or any notice at all) in most states in the US. For example, in Massachusetts, employment is considered “at-will” and can be terminated by either side at any time and for any non-discriminatory reason.

Employers do often ask for a two week notice (or more) when you resign. They prefer this so they can transition your work to someone else, begin planning for how to find a replacement for the role you were handling, etc.

Not Giving a Two Week Notice – Risks and Dangers

If you’re considering not giving a two week notice, there are some risks to be aware of.

There aren’t a ton of serious repercussions, assuming you don’t have something in your contract legally requiring it.

However, it can leave your employer with a bad impression. Word can travel fast within certain industries, so this reputation could spread to other companies as employees leave this company and move around in their careers.

You’ll almost certainly never be hired by this employer again, either. Most employers now keep a record of how/when all past employees resigned.

And finally, you’ll struggle to get a good reference from your past manager if you leave them in a tough spot by resigning without giving a two week notice.

However, if you’re okay with these downsides to not giving a two week notice, then go ahead and do what’s best for you.

Giving a One Week Notice Instead of Two

If you’re in a bit of a time crunch and can only give a one week notice, that’s definitely better than not giving a notice period at all. You’re at least giving your manager some time to plan for your departure, which they’ll appreciate.

There’s also one more reason you might prefer one week rather than two.

Employers aren’t required to pay you for your two week notice period if they’d rather “let you go” immediately. So if you told your future employer that you can’t start for two weeks, and then your current employer dismisses you as soon as you give them your notice, you’re stuck without pay for those two weeks. Hardly fair!… And a big risk depending on your financial situation.

I left a job early in my career with only one week of notice because I had observed them dismiss people immediately and not respect notice periods.

I didn’t want to go two full weeks without pay. So I compromised and limited my risk by only providing them with one week of warning.

If you have concerns about this, then giving a one week notice instead of two can be a good compromise that reduces your risk. And it will certainly be viewed better than leaving without giving any notice.

If you do have to give a shorter notice period and can’t give a full two weeks, just be apologetic and tell your boss that you’re really sorry to be putting them in this position.

Showing empathy will lessen the damage you do to the relationship. No matter how excited you are to leave a job, bad-mouthing or burning bridges at the end isn’t going to benefit you!

If you’re considering not giving a two week notice to please your future employer by being able to start sooner, that’s a bad idea.

Any good employer will want you to conduct yourself the right way and leave on good terms with your past company. You’re not going to impress them or get on their good side by telling them you left your last company without a notice period.

If anything, it’ll cast doubt on what type of person they’ve hired.

And beware of any employer that pressures you to leave your current job without giving a proper notice period.

This is your decision, and you may have some specific, good reasons for not being able to give a two week notice. But pressure from your future employer should NOT be one of those reasons.

The Two Week Notice Double Standard: Not Fair, But Smart to Follow

In terms of my personal opinion on two week notices, I do not think they’re fair.

Workers are pressured to provide a two week notice whenever leaving a company, yet employers feel no obligation to respect this notice period.

So the disturbing trend is the fact that more managers are choosing not to respect this notice period, yet still expecting job seekers to provide them with a proper two week notice.

It’s an obligation for job seekers, and an option for employers. And that’s not fair.

However, in most cases, it’s still your best course of action to give a proper two week notice, or one week at minimum (I mentioned above the cases where one week is better than two).

Leaving without any notice can damage your reputation, and you never know when you’ll run into someone from a past company later in your career, or when you’ll need a good reference.

How to Tell a Company You Have Another Offer

When Do Employers Check References?

Job Rejection After an Interview? Here’s How to Handle It

How to Know You Got the Job: 7 Clues

Previous Post Example Answers to “What Are Your Career Goals?” Next Post Why is it Good to Ask Questions in an Interview?