How to Write a Letter of Resignation in 7 Steps 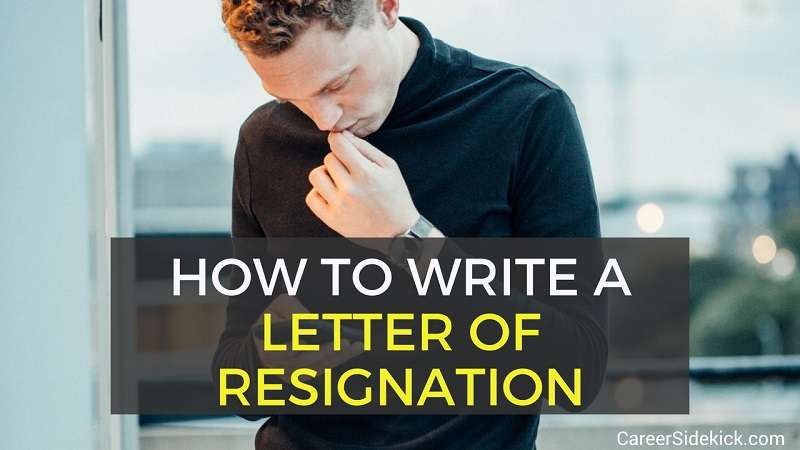 So in this article, we’ll look at how to write a great letter of resignation (and how to hand it in to your boss).

Even if you’re excited to leave an employer, you should make sure your final exit enhances the scene, and leaves everyone happy with your performance. You never know when you’ll run into some of these same people later in your career.

How to Write a Letter of Resignation

First things first. The best practice in giving notice to your employer is first to inform your manager privately and in-person, then deliver the letter of resignation shortly afterward.

But before speaking with your manager it is good to have command of your lines. Your resignation letter can be the script you use for this conversation.

Steps to write a letter of resignation:

The Conversation With Your Manager: Handing in Your Letter of Resignation

The thought of discussing your resignation with your manager can cause a lot of anxiety. But if you’ve played your role well up to now, your manager will be genuinely sad to see you go, but will greatly appreciate being the first to hear about it.

Your manager will also value the opportunity to share some personal time with you before you leave.

If you’ve prepared your lines, the conversation will likely flow quite smoothly. Occasions to improvise will present themselves naturally.

Rather than being awkward, it will more likely reinforce that you and your employer have been good for one another.

Tips for handing in your letter of resignation:

Schedule your announcement to your manager as its own separate meeting, with no other agenda. Don’t append it to a standing or regularly scheduled meeting.

Try to schedule a morning meeting, or at a time when your manager arrives at the office. Doing so alleviates anxiety that can build throughout the morning or during lunchtime. It also minimizes the risk of the manager leaving the day early, especially on Fridays, when a lot of people give notice.

Cover the important parts of your script before going off-script. Take some time to express genuine appreciation for working with everyone and the opportunities that were afforded you. Show gratitude, bring up a few highlights, and reflect on where it’s been a win-win. Offer to help out with the transition. Be straightforward about your post-departure plans if asked, but avoid going into detail.

Confirm your final date, and how you want your departure announced. If you are in a leadership role, be open to negotiating a final date. While two weeks is standard, there are situations where it’s both appropriate and wise to give longer notice

Deliver your letter of resignation as soon as possible after the meeting, and include any needed changes. In most cases, a resignation is not official until the letter is received by HR.

Your letter of resignation remains in your personnel file permanently. It may be referred to in the future, in giving references or even if you are rehired. Therefore, it is important that it be highly professional and positive, just like your resume and cover letter.

Handle your letter of resignation like any other piece of your job search, and look at it as one final opportunity to show that you are a class actor, and a class act.

About this guest author:

How to List References for a Job: Tips, Examples, and More

3 Sick Day Email Templates to Get the Day Off

14 Questions to Ask Before Accepting a Job