What Happens When You Lie on Your Resume? 10 Risks 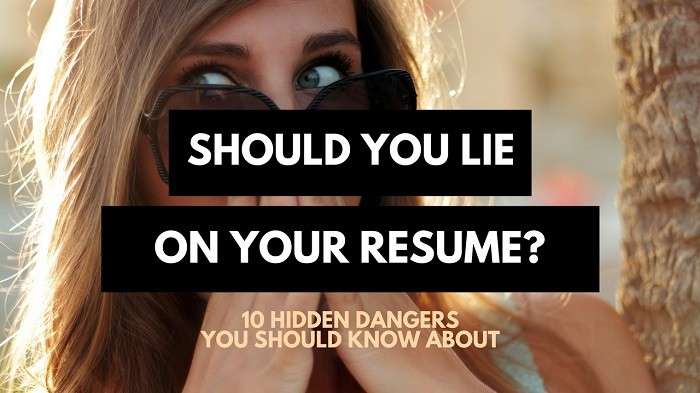 Should you lie on your resume?

Lying on your resume can be tempting when you’ve sent out many resumes and just aren’t getting interviews. You start to get discouraged, stressed, and probably a little angry.

However, in our opinion, it’s RARELY worth lying on your resume, and there are a lot of bad things that can happen when you lie to employers.

So I invited employment background check expert Michael Klazema to share what happens when you lie on your resume… including some of the “hidden” dangers and risks you might not be aware of.

10 Bad Things That Happen When You Lie on Your Resume

One of the most popular trends among job searchers these days is to embellish or inflate their job titles. The basic idea here is that applicants worry that their current job titles are too mundane or unimpressive to grab the interest of a hiring manager. As a result, they tweak those titles to make them sound more important.

For instance, a bartender at a restaurant might list his job as “mixologist.” One Reddit user who fixed chairs at a theater said his go-to job title embellishment was “Chairman of the Theater Department.” That’s an extreme case but there are countless other examples, and many of them sound bogus to experienced hiring managers. To avoid arousing suspicion, stick to the truth when it comes to your past job titles.

2. Your references can poke holes in your story

Bogus job titles, embellished lists of job responsibilities, and inaccurate hiring dates might all seem like things that could help your hiring chances. However, keep in mind that employers do call references, and even if you don’t list an old boss, your previous employer is still likely to get a phone call.

Employers like to verify resume information for their most serious candidates, and that might include a call to the HR department at a company where you used to work. HR representatives won’t usually spill too much about previous employees, but they will confirm or deny key information like job titles, responsibilities, and hiring dates.

In other words, these people can quickly poke a hole in any story you are trying to fabricate on your resume.

3. Verification checks can spot false credentials like degrees or certifications

Calls to previous employers and references aren’t the only verification checks that employers do. Most of them will at least verify college degrees and professional licenses or certifications. Many employers run a background check. If you lie about any information on your resume, plan on getting caught.

Yes, resume lies are common. But that doesn’t mean that they are harmless or acceptable in the eyes of the law. Resume fraud is a very real problem, and while laws on the subject vary from state to state, the bottom line is that you could end up in big trouble if you lie on your CV.

For instance, in Texas, it is illegal to claim that you have a degree you did not earn. Listing a false degree on a resume in Texas can get you convicted of a crime.

Put yourself in an employer’s shoes. You are trying to fill an open position and you want to hire someone who will stick.

Would you be more likely to take a chance on someone whose work history is thin but who seems smart, passionate, and friendly? Or would you be more likely to hire someone who willfully misrepresented his or her accomplishments and lied to your face? 100% of the time, employers will opt for the former, so don’t take the risk of being labeled a liar.

So if you do anything that raises even a bit of suspicion, it could kill your chance at getting hired. Even if you’re the most qualified candidate on paper.

6. Even if you “get away with it,” you can still get caught in the future

Say all those lies you sowed on your resume pay off and an employer likes you and decides to hire you. You fibbed on your resume and didn’t get caught. Even when you get away with resume dishonesty, though, you can always be caught in the future.

Maybe your employer will figure it out on the first day when you can’t use a piece of software that you claimed to have used in the past. Maybe the discovery will come in 20 years after you’ve risen up the ranks of the company. In either case, you are never fully “safe.”

7. Your lie can spoil your future employment chances

Let’s take a look at a professional who did get away with resume dishonesty initially. In 2006, RadioShack CEO David Edmondson was forced to resign his post after the company discovered he had lied on his resume in the past. Edmondson had claimed to have two college degrees when he in fact had none. The incident made headlines and devastated his professional reputation.

8. You could end up under-qualified and over your head

You don’t want a job for which you aren’t qualified. You will feel clueless, inept, and stressed out, and your bosses will notice. Instead of trying to be something you’re not, identify your best qualities and most marketable skills and find a job that you will be great at doing.

9. Keeping all of your lies straight is harder than it sounds

Telling the truth is so much easier than lying. You don’t have to worry about contradicting yourself or accidentally saying something that brings your whole house of cards crashing down. Keeping all your lies straight is tough during a job screening process.

How are you going to talk about a job that you never had in your interview? The worst part is, if you get the job, keeping your dirty little secret will only get harder. As lies pile up, it’s tougher to keep them straight. Save yourself the hassle and tell the truth.

10. Employers know to look for lies on your resume

According to a 2014 survey from CareerBuilder, 58% of employers have sniffed out a lie on an applicant’s resume. Hiring managers know to expect dishonesty on resumes. Many of them also know how to spot the signs.

In other words, don’t just expect your hiring manager to view every word you write on your resume as truth.

Now that you know what happens when you lie on your resume, you can decide for yourself if it’s worth it. Every situation is different, and telling the occasional white lie on a resume is something many job seekers try.

However, in most cases, the risks of telling a big lie on your resume aren’t worth the potential reward. Most job seekers are better off telling the truth on their resume. 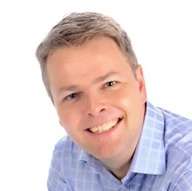 Michael Klazema has been developing products for pre-employment screening and improving online customer experiences in the background screening industry since 2009. He is the lead author and editor for Backgroundchecks.com. He lives in Dallas, TX with his family and enjoys learning about culinary history.

Don’t Say You’re a Quick Learner on Your Resume

The 3 Best Colors for a Resume

Previous Post Why Can’t I Find a Job? 17 Common Reasons Next Post Should I Use a Recruiter in My Job Search?