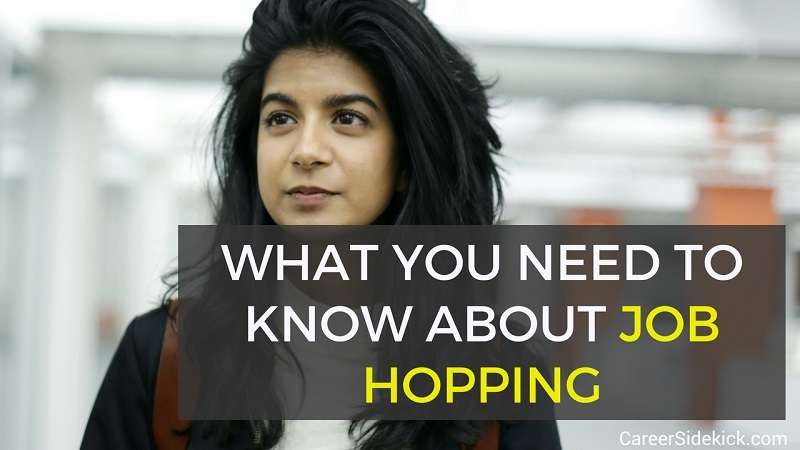 A new piece of job hopping research came out and dives into some interesting questions like how common is job hopping?

The findings provide some interesting insights for jobseekers. The Job-Hopping Report, commissioned by LiveCareer, explores whether observations about rampant job-hopping are accurate; the report also delves into worker engagement in the workplace.

Employers fear that business will suffer as a result of increased job hopping, so the study set out to determine whether job hopping is a growing problem. To do so, LiveCareer conducted a big data analysis of thousands of resumes and job ads across 12 job titles to explore the current state of job hopping and job tenure.

The Research Study’s Key Stats and Takeaways – How Common is Job Hopping?

Higher Education May be Holding You Back


This may sound counter-intuitive, but the study’s findings lean towards the fact that job seekers should carefully consider whether to include higher education on their resumes, especially in non-professional fields. Since there is a large disparity between the value blue-collar employers place on higher education, it may not be necessary for job seekers in these professions to list them on their resumes.

In fact, the study found that not mentioning these credentials at all might benefit job seekers. Since only 5 percent of blue collar employers are listing bachelor’s degrees as a qualification in job ads, versus 17.5 percent of blue collar job seekers who list these same credentials on their resumes, it’s clear that employers overall do not see a college degree as necessary for performing the job duties. In fact, the study theorizes that this disparity might indicate that these workers are underemployed, which might lead employers to worry that workers with higher education are more likely to job hop than their counterparts who don’t list degrees on their resumes.

Job Seekers Should Reassess the Value of Certificates and Licenses

Another interesting point about education and resumes: the importance placed on professional certificates and licenses varies wildly depending on your profession. Across the 12 occupations included in the study, employers in only five categories expressly mention licenses and certificates in job ads at a rate higher than job seekers list them on their resumes.

On the flip side, there were three fields in which employers never listed professional certificates and licenses as a requirement for employment. Job seekers in these fields, however, were still listing them on their resumes.

The lesson for job seekers here is that they should carefully research the value of professional certificates and licenses. For those in a profession where licensing and/or certification of some kind is a requirement, it is critical that job seekers both obtain and list them on their resumes. However, job seekers in other professions might want to weigh the value of these credentials against the cost of acquiring them, since they may not hold weight with employers.

Access additional findings and statistics, plus a free PDF download of the full report, via the 2018 Job-Hopping Report.

About this guest author:

How Many Interviews For One Job? (Stats From a Recruiter)

How Much Does a Resume Writer Cost? (Average Price and Ranges)