How Hard is it to Get a Job at Google? (With Steps To Do It) 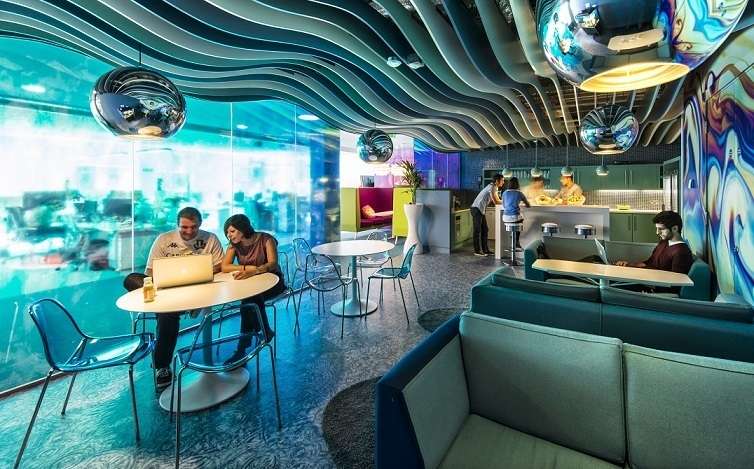 If you’re wondering how hard is it to get a job at Google, I’m going to share what I know based on my experience as a tech recruiter.

Landing any job at Google is tough because they hire the best of the best, and they receive a TON of applicants. (This is the main reason it’s so hard to get a job at Google).

But it can be done. And if you want to get hired by Google, make sure you read until the end because I’m also going to share my top tips for how you can get a job at Google. (It’s not easy, but you can overcome the odds by taking a few specific steps).

First, here’s exactly how hard is it to get a job at Google…

How Hard is it to Get a Job at Google?

It is difficult to get a job at Google because of their quality standards and the high number of applications they receive per year. For example, INC reported that Google receives 2 million job applications per year, which means it’s more competitive to get into than Harvard University. However, several thousand people do get hired by Google each year, so it can be done!

(In the second half of this article I’ll share how to get a job at Google, so keep reading).

First, let’s look in more detail at why it’s so hard to get a job at Google.

Whether you’re applying to be a software engineer or work in a different area within Google, they only want to hire the best of the best.

They’re going to look at what companies you’ve worked for in the past, and are unlikely to hire you and interview you if you’re coming from no-name companies that aren’t tackling big challenges like Google is.

They’re going to look at your educational background, especially if you’re looking to get a job as a Software Engineer or Programmer at Google.

While there are many dev “bootcamps” and quick ways to learn programming, Google is still going to favor a traditional 4-year Computer Science degree — or more — for many of their engineering positions, data engineering roles, etc.

Google can be picky because of how many applications they receive.

Because Google receives 2 million applications a year, they’re able to be very selective across all teams, and for all types of roles – from engineering positions to customer support.

No matter what type of job you apply for at Google, you’re going to be going up against people coming out of other great technology companies (Tesla, Microsoft, Facebook, etc.)

You’ll be going against people with very impressive educational backgrounds, too. Google receives hundreds of applicants from graduates of Harvard, MIT, and other top tech/computer science programs.

However, you CAN get a job at Google, and it’s still worth applying if you think you’d like to work there.

In the next part of this article, I’m going to share how YOU can maximize your chance of getting a job at Google.

How to Get a Job at Google

Now that we’ve looked at how hard it is to get a job at Google, I want to give you the steps to follow that will give you the best chance at overcoming the odds!

Networking is your best chance

First, your best chance is being introduced by someone in your network. That’s not even a guarantee you’ll get interviewed, but networking is always the most efficient way to get a job because companies trust you more when you’re recommended to them.

So start by looking through your contacts (ideally on LinkedIn because you can see their current and past employers there), and see who has a current or past connection to Google.

The best way to approach someone you haven’t spoken with in a while is to ask a question. Never ask for a big favor upfront; that’s going to get your message deleted.

You’d want to ask for something very small at first, like this: “Hi Jeff – I saw you joined Google! That’s amazing. Congrats on getting the job. I’m thinking of starting a job search myself. Are there one or two things you did that helped you get Google’s attention?”

Or here’s another example: “Hi Amy – how have you been since leaving XYZ company? I had a quick question: I’m starting a job search soon and am going to try to get on Google’s radar (along with a number of other top tech companies). I know you used to work in HR for Google, though. Are there one or two things a candidate can do to stand out to Google before applying?  Anything you can share would be great.”

Now ideally, you’d like someone to offer to introduce you to a hiring manager at Google, or recommend you for a job. But you never want to start the conversation by asking for such a big favor.

And yes – that’s a HUGE favor. You’re asking for someone to stick their neck out and vouch for you.

So start small like the example networking scripts above. That’s how to get a job at Google via networking.

If you want more help with this, I share more tips and examples in this article on how to find your dream job.

A generic resume isn’t going to get you an interview at Google. Given how hard it is to get a job at Google, you need a resume that’s perfectly tailored to the job you’re applying for.

Also make sure you’re talking about what you’ve accomplished in past roles, not just what you were responsible for.

This is a huge difference and is one of the common resume mistakes I see as a recruiter.

If you want more help writing a stand-out resume, here are some resources you should read to get started:

Because of how hard it is to get hired by Google, you might not succeed on your first try.

So be persistent. Apply again in six months if you don’t get them to notice you right now.

And apply even when you’re currently employed elsewhere. Companies are more attracted to candidates that are currently working (not fair, but true!)

This article explains the benefits of looking for a job while employed.

So if you try to get a job at Google, don’t quite succeed, and accept another position… you can still apply for more jobs at Google in six months or a year.

Just because they didn’t like you for one position at one point in time doesn’t mean they won’t consider you in the future.

Maybe they thought your resume was pretty good, but they just got a few other applications that seemed like a better fit.

Or maybe they needed someone with more experience, but the team you applied to has grown and now needs more junior-level people.

You never know, so your best course of action for how to get a job at Google is to keep applying, keep networking, and not just give up after one or two applications.

Is Career Coaching Worth It? 7 Benefits