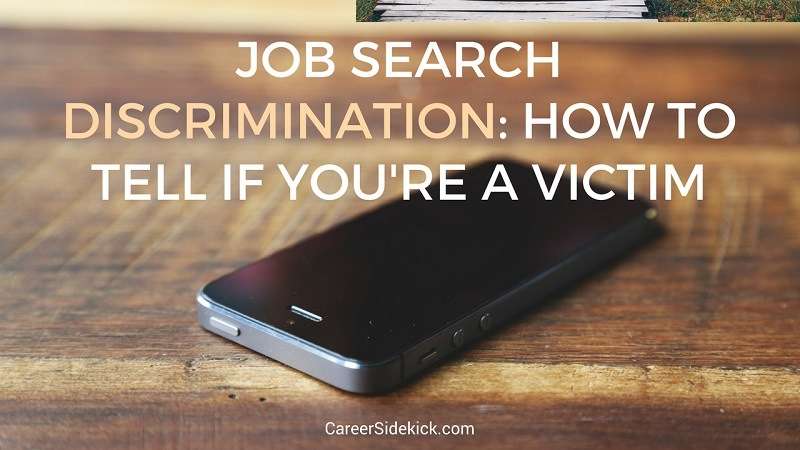 Discrimination in a hiring process is illegal, but that doesn’t mean it doesn’t happen. Unfortunately, preconceived notions and prejudices of the hiring manager may prevent you from getting a job that you’re qualified for.

But how can you know if you’re being discriminated against in job interviews, or if you’re just not right for the job?

What is Job Interview Discrimination?

Job search discrimination occurs when the hiring manager or company lets their prejudices or opinions stand in the way of giving all job candidates a fair interview and chance at the job. If an employer will not hire you because of your gender, your sexual orientation or your ethnicity, that’s considered discrimination.

Job discrimination can also appear after you’ve been hired. If you are consistently passed over for promotions or fired because of personal characteristics that do not interfere with your ability to do your job, you may continue to face discrimination in the workforce.

How Do You Know if You’re Being Discriminated Against in a Hiring Process?

Employers are usually very vague when providing interview feedback and will say something like, “Sorry, we chose to move forward with someone who we felt was a slightly better fit,” when they reject you.

This is in part to AVOID discrimination lawsuits. It’s not that every employer who gives generic interview feedback is discriminating! Not at all. But their lawyers still instruct them to do this, just to protect themselves and avoid any risk.

That’s the truth that I learned working as a recruiter.

So while a company may occasionally will “slip up” and incriminate themselves as being guilty of job interview discrimination, it’s rare.

More often than not, you might be suspicious you’ve faced interview discrimination, but won’t have a way of knowing if you have been discriminated against.

Interview Discrimination: What Questions During the Hiring Process are Legal?

When you’re sitting in a job interview, you may be faced with certain questions that make you wonder whether or not they can be asked. If a hiring manager or other individual at the company you’re interviewing with asks about having children, whether or not you’re married, or about your ethnicity or religion, you may feel a bit uncomfortable.

However, these questions are not considered discrimination and they are not illegal to ask. The line is crossed if the information you provide is then used as a reason not to hire you. If the hiring manager asks these questions and does not hire you based on that, then you’ve been discriminated against.

However, they may also have chosen not to hire you for other reasons – like factors related to your ability to do the job, your experience, your desired salary, etc. And this would not be considered discrimination.

And when the interviewer asks somewhat personal questions (like, “do you have any children?”) it can be difficult to know if the interviewer is merely looking to get to know you or if they’re using that information to discriminate in the hiring process.

Questions about your desire to have children or your background can seem like small talk, but they can also be considered inappropriate and in some cases lead to discrimination.

So when you’re faced with questions like these, do your best to judge where the interviewer is coming from. Understand the interviewer’s intentions and try to answer according to what they are looking for.

If you’ve been building a good rapport with the hiring manager and they’ve told you a bit about their personal life (kids, family, etc.), then it may be normal for them to ask you the same.

However, if you’re not comfortable answering a question like this, you can say:

“I feel that’s a private matter and would prefer to discuss my professional background and how it pertains to the job. I understand you also want to get to know me as a person; I just feel that particular detail is private.”

That’s a good way to handle uncomfortable questions that you feel may constitute discrimination in the interview.

Knowing whether or not you’ve truly been discriminated against can be difficult since most employers don’t share specific reasons why you were rejected.

(Most employers will simply say they chose to move forward with another candidate, or they just didn’t feel it was the right fit to work together right now).

While everyone likes to believe that their skills and abilities are enough to land the job, sometimes they just aren’t what the company is looking for. Not getting hired for a position that you’re qualified for doesn’t automatically mean you’ve been discriminated against.

Employers have the right to hire whoever they believe is the best fit for the open position. This includes hiring someone with less experience or ability if they believe they would fit better in the office or could be trained more easily to do the job.

The reasons for not hiring you may have nothing to do with your religion, race, age, sexual orientation, or gender.

When there’s only one position to fill, employers can argue that the individual they hired was just a better fit — even if discrimination did play a part in why you weren’t hired. They may simply argue that you made a mistake in an interview, that you did not have the same connection or you’re missing some skill the other individual had.

However, if you have sufficient evidence that you’ve been discriminated against, one answer may be to file a discrimination claim. If you decide to go down this path, you need to be prepared to argue and support your case.

Preventing and Avoiding Discrimination in the Hiring Process

If you’re worried about discrimination in your job search, you can be proactive to avoid it or efficiently handle it when it does appear. Be aware of the kind of questions that may lead to discrimination and answer them in a way that the hiring manager cannot use the information against you.

Knowing why you may be discriminated against is also important if you want to avoid it during an interview. If you believe your religion, sexual orientation, or desire to have children could prevent you from getting hired, avoid having personal conversations that may prompt you to reveal this information.

As mentioned earlier, here’s a good script you can use in response to questions about these topics:

“I feel this is a private matter and would prefer to discuss my professional background and how it pertains to the job. I understand you also want to get to know me as a person; I just feel that particular detail is private.”

Finally, pay attention to the behaviors and attitudes of your hiring manager after revealing potentially sensitive information. If you tell the interviewer that you hope to have children someday soon and they immediately close up or end the interview, then you’re likely being discriminated against in the hiring process.

While it’s difficult to know if you are being discriminated against in a hiring process or interview, the tips above will help you politely decline questions you’re not comfortable with while still giving yourself the best chance of getting the job.

It’s not possible to know with 100% certainty whether you are being discriminated against by an employer, but you can take steps to protect yourself, and you can contact a discrimination/employment lawyer if you do have evidence of hiring discrimination.

Note: This article is for informational purposes and is not professional legal advice. If you feel you’ve been a victim of interview discrimination/employment discrimination and want to pursue it further, contact an attorney who specializes in employment law and discrimination cases. 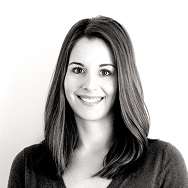 Sarah Landrum is a leading millennial career expert and the founder of Punched Clocks, a career and happiness blog for young professionals. Follow Sarah on social media @SarahLandrum for more advice on creating a career you love!

Previous Post How to Make Your LinkedIn Profile Stand Out to Recruiters Next Post How to Prepare For a Sales Interview: Tips and Strategies